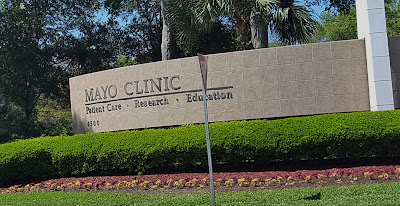 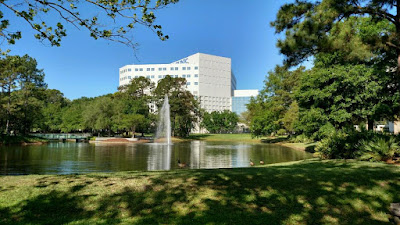 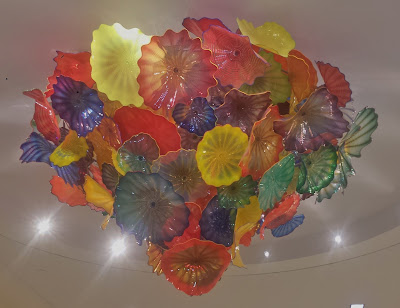 We have become well acquainted with the Mayo Clinic and have been very pleased with the doctors and staff ... the campus is beautiful and Bonnie takes her walks around it.  Bonnie was really surprised to see a Chihuly Chandelier in the foyer of the Mayo Hospital. 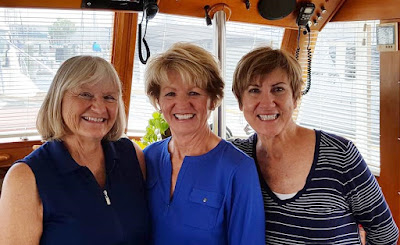 Bonnie's tennis buddies, Gwen and Rosie from the Villages, came up for a visit and some girl time!  So good to see friends! 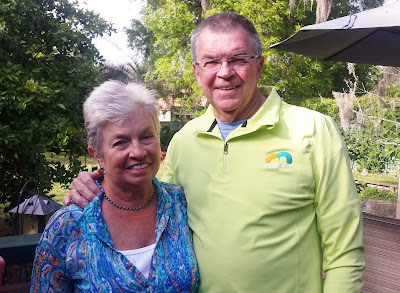 Our dear friends, Jerry and Frances (another tennis bud) Blancett, who live on Amelia Island and otherwise are  known as the "car angels".  They lent us their "old car" while we were in Jacksonville and  gotta say, Bonnie had a blast zipping Charlie around everywhere in that little baby!  Getting in and out of it proved to be quite the challenge! 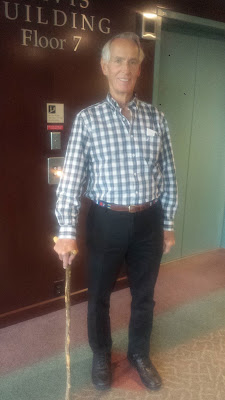 After 2 weeks of testing, testing, and examining, and preparing Charlie (he lost some 42+ lbs of fluid), it was determined that he would have TAVR (Transcatheter Aortic Valve Replacement) surgery on April 15.  The surgery was completed that morning, and by the next day he was prepared for discharge (a Sunday, you cannot be discharged on a Sunday).   The operation was very successful, relatively painless, and we were thrilled! 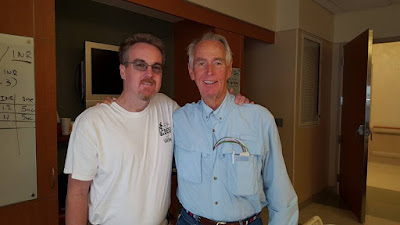 We were blessed  to have Scott come down for Charlie's surgery.  Scott had Open Heart Surgery in Norfolk in December and the two of them are looking good!  Discharge day! 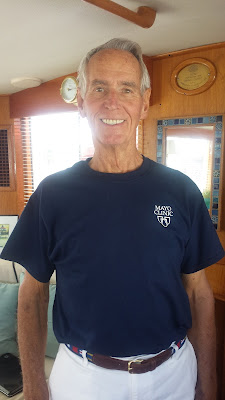 Been there, done that, got the T-shirt!  Have nothing but wonderful words, words of thanks to the many that got in touch with me, that prayed for me, that sustained me through this humbling ordeal.  It is rather frightening but with God's continued presence and a wonderful loving wife ... I was, am, on the road to recovery.  We will be on our way back to home, our land home in Portsmouth.  Bonnie will be back to tennis, Charlie off to cardio-rehab, and then off again on SONATA. 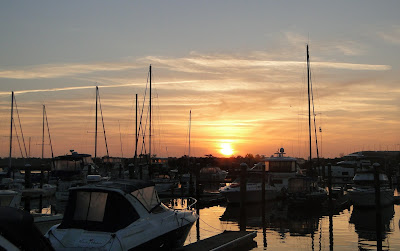 Sunrise over the marina  ...  Time to leave Jacksonville. 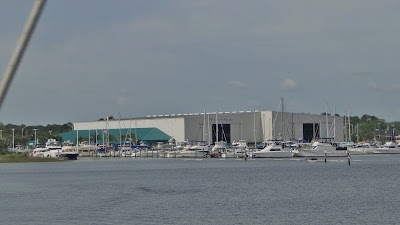 With Jerry and Frances we say goodbye to Palm Cove Marina..they have been so kind to us during  our stay here these last 5 weeks 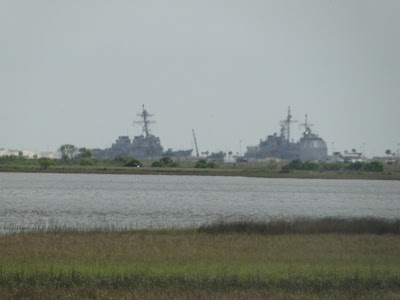 The small home on the left was owned by Edward of Edward's Pies and then they built the one beside it...been selling lots of pies!!!