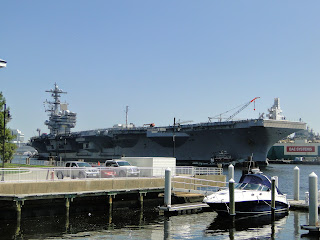 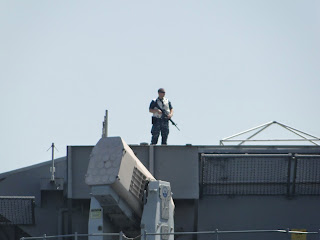 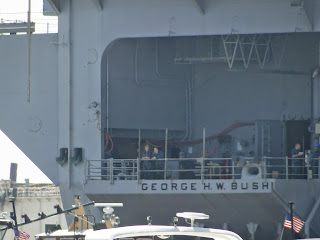 With a strong USCG presence, helos overhead, local law enforcement boats, and armed men aboard . . . the carrier CV77 came past Ocean Marine and SONATA. The carrier is so big that I tell the story that when I first see the carrier on the way to the Norfolk Naval Shipyard Portsmouth, I put on a pot of coffee. It perks, I drink it slowly, and by the time the coffee is gone the carrier has passed. A beautiful sight. America can be strong any time and any where it must.
Posted by sonata at 1:54 PM No comments: 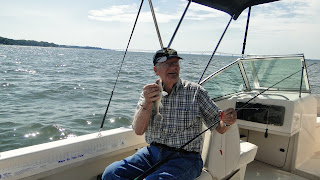 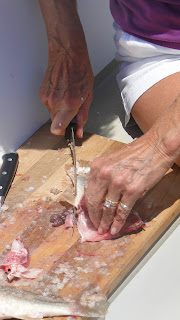 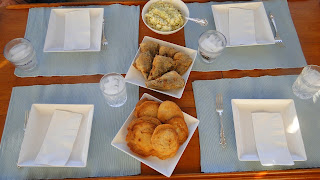 Just before Operation Sail we took a trip up the bay with company. We always enjoy a trip to and a stay at the Tides Inn. It was good to have Leighton and Joyce with us for the trip. Rhonda took Bonnie and Leighton fishing . . . they were successful. Bonnie cleaned up the fish, dropped them into the pan, and we had a terrific dinner of fresh fish, fried cornbread and the trimmings.
Posted by sonata at 1:39 PM No comments: 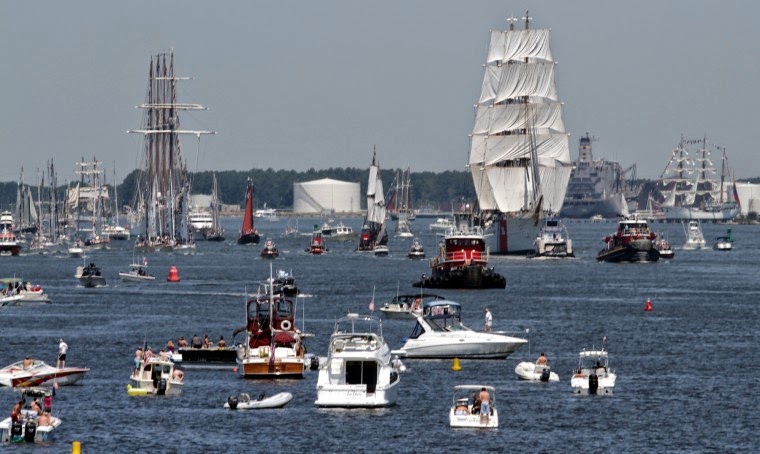 For the pass in review portion of OPERATION SAIL 2012 we took SONATA to Hospital Point, just near Bouy 36. There we were in the center of the event and all the passing ships came just past us. This photo was sent to us by Scott, believe it was captured by the Virginian-Pilot newspaper. 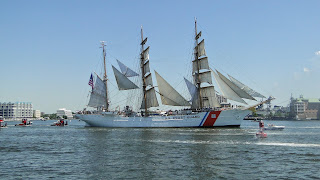 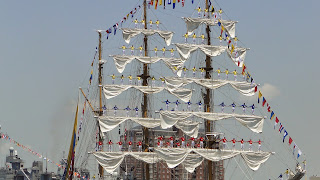 This sailing vessel, from Peru, passed with their sailors on the yardarms. 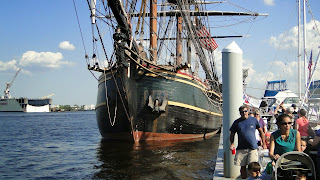 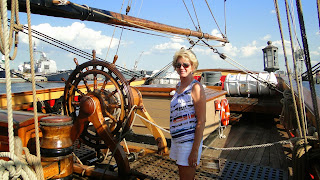 After watching the passing ships and the fireworks of the evening we visited the BOUNTY which was docked pierside, pier A, at Ocean Marine.
Posted by sonata at 11:47 AM No comments: 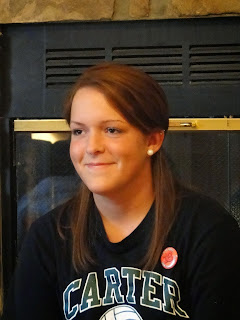 Travel over from Virginia Beach to Knoxville, Strawberry Plains, Tennessee, for Taylor's High School Graduation. Family parties at Brandi and Jonathan's with presents for Taylor to open and enjoy. 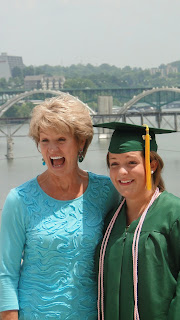 The actual graduation ceremony took place at the University of Tennessee, Knoxville . . . Bonnie was excited.
Posted by sonata at 10:52 AM No comments: