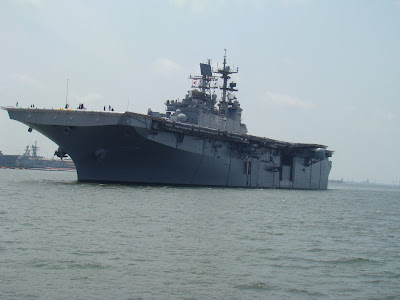 On the way in the Norfolk Harbor Reach SONATA passes the USS IWO JIMA . . . the last Navy vessel Charlie was aboard during his Naval Career. 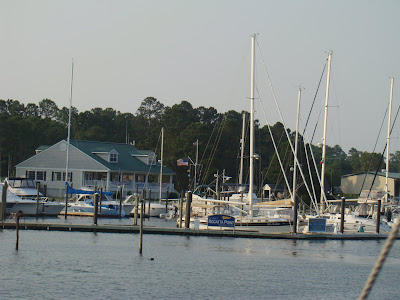 A night in Deltaville at Doziers Yacht Center . . . then off for Ocean Marine and homeport. 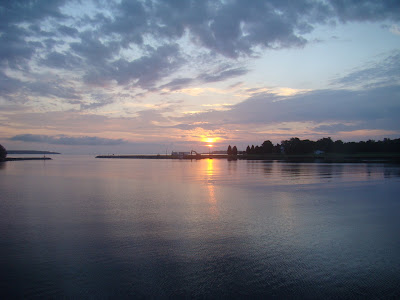 A night on Weems Creek then to Patuxent River Naval Air Station for the evening and a beautiful July 7th sunrise. 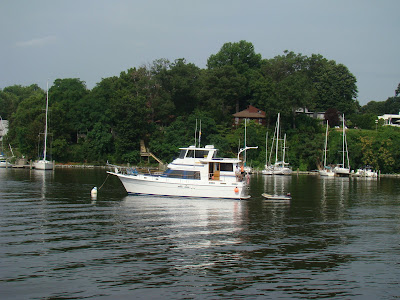 Following the rush of the 4th GREAT ESCAPE and SONATA moored together on Weems Creek just northwest of Annapolis. 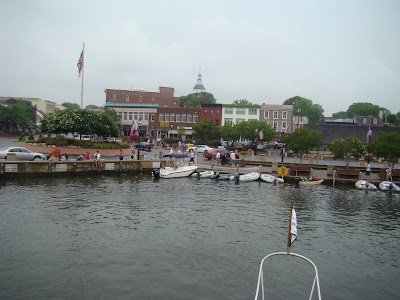 Annapolis from the bridge of SONATA while turning in "ego-alley." 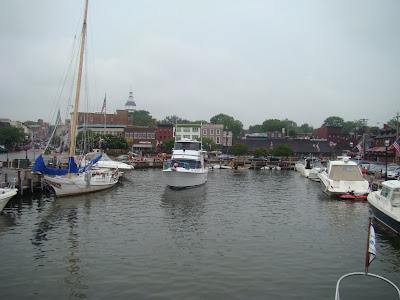 In Annapolis SONATA stayed with some large yachts at the Yacht Basin Company. We spent the days before and after the 4th of July with Don and Theresa aboard GREAT ESCAPE. Upon our departure we just had to cruise "ego-alley" and in doing so waited for GREAT ESCAPE to complete its turn at the end of the alley. 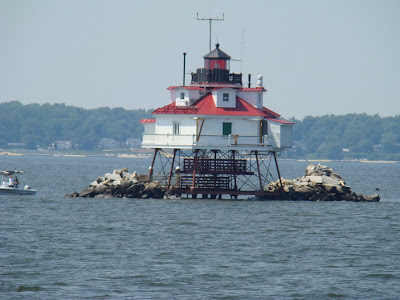 Also on the way to Annapolis we again pass the much photographed historic Thomas Point Light; see: www.thomaspointlighthouse.org 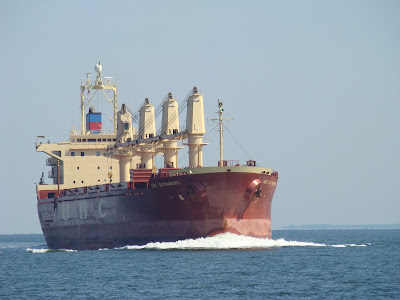 A stop in Crisfield with the Fairchilds after Onancock then across the Bay on our way to Annapolis . . . we pass the UBC SACRAMENTO. 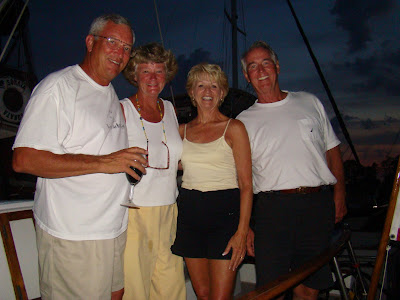 Dinner and a great evening with Charlie and Karen was delightful. 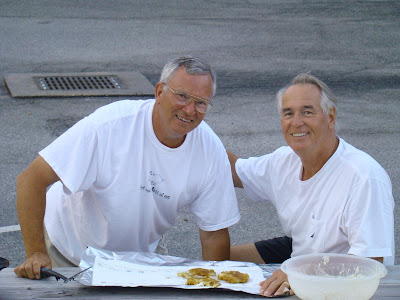 On the way from Cape Charles to Onancock we stopped and fished . . . Charlie F. caught flounder and croaker . . . then prepared it for our dinner. 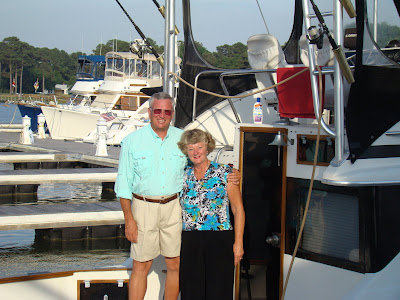 Following a rock-and-roll night at anchor SONATA was off to Cape Charles and Bay Creek Marina where we joined Charlie and Captain Karen Fairchilds (Karen had been a member of our Coast Guard class back in the spring of 2007). 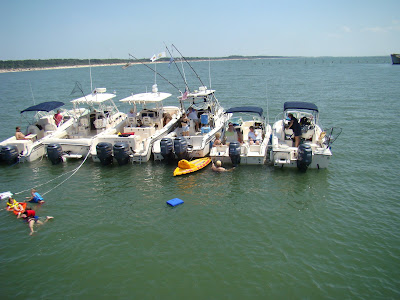 The Grady White group had gotten together for the afternoon . . . hoping for Sunset Beach, but, the water was too rough. We all anchored between the concrete ships and shore. 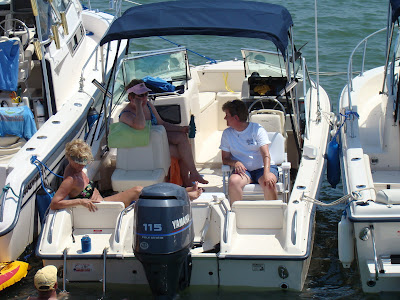 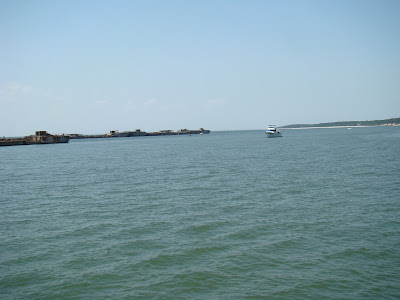 The 28th of June found SONATA off for over a week to cruise some of the Eastern Shore and points North. We started by crossing the Bay to the Concrete Ships and met up with Rhonda and Leslie, and, the Grady-White group. 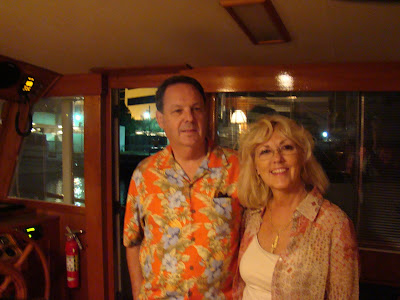 Off to Blue Water Yacht in Hampton for dinner at the Surf Rider, we cruised the afternoon and evening with Dick and Betty Gray. 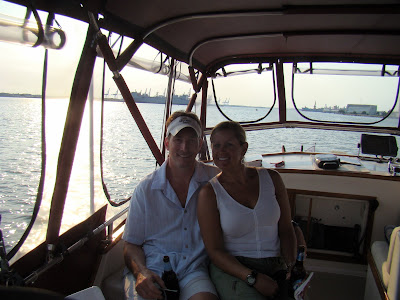 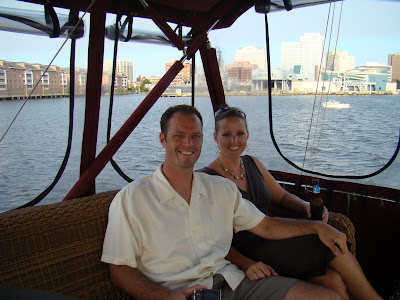 Sharing the traffic joys on the water we were joined by Aaron and Shaun Childers, and; 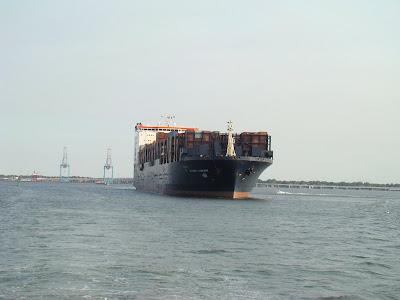 Traffic on the Norfolk Reach waters remains busy as we pass the ATLANTIC CONCERT. 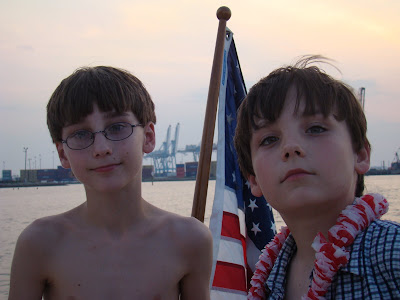 The Lafayette River was the site of our trip with grandsons Charlie and James . . . and their parents, Scott and Pat. We anchored, played in the water, changed zincs on the starboard shaft and had a great time on a hot day. 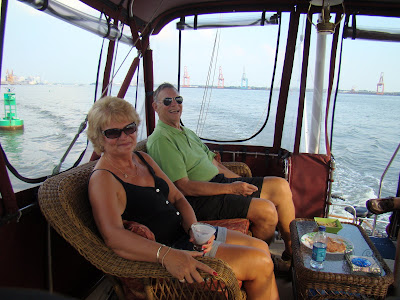 Judy and Ted Land along with Johnny and Ann Bristow joined us for the afternoon and evening; short cruise, dinner before the fireworks and a late night tie-up at Ocean Marine to conclude the evening. 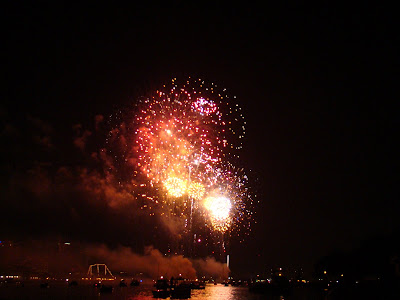 June 7th SONATA is again underway for the Harborfest Fireworks. This time we anchored in the entrance to Scott's Creek, just north of Hospital Point. 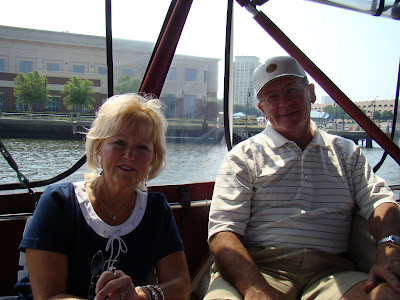 After the cruise we anchored off Hospital Point and enjoyed a delightful evening with our friends David and DeeDee McDonald and Vern and Connie Clark. Vern and Connie relaxing on the Bridge. 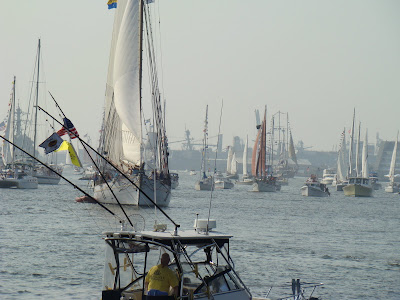 Following a cruise, 5/30-6/1, to Old Point Comfort, Fort Monroe, to see Don Miller and Theresa Barrett and the pirates of Hampton, we joined in the Norfolk Harborfest Parade of Sail on June 6th. As we have in past years . . . we got to the front as the leader, then paused south of Townpoint to let everyone "pass-in-review."
Posted by sonata at 9:13 AM No comments: