March 11, 2013 - a short day trip by Charlie, just to see if all things are working well.  Out of the marina and into the Eastern Branch of the Elizabeth River; then across to Scott's Creek . . . and back to Ocean Marine.

April 14, 2013 - Bonnie and Charlie took Carol and Sam Morgan for an afternoon cruise down to the "Pool" and the Dismal Swamp Canal. 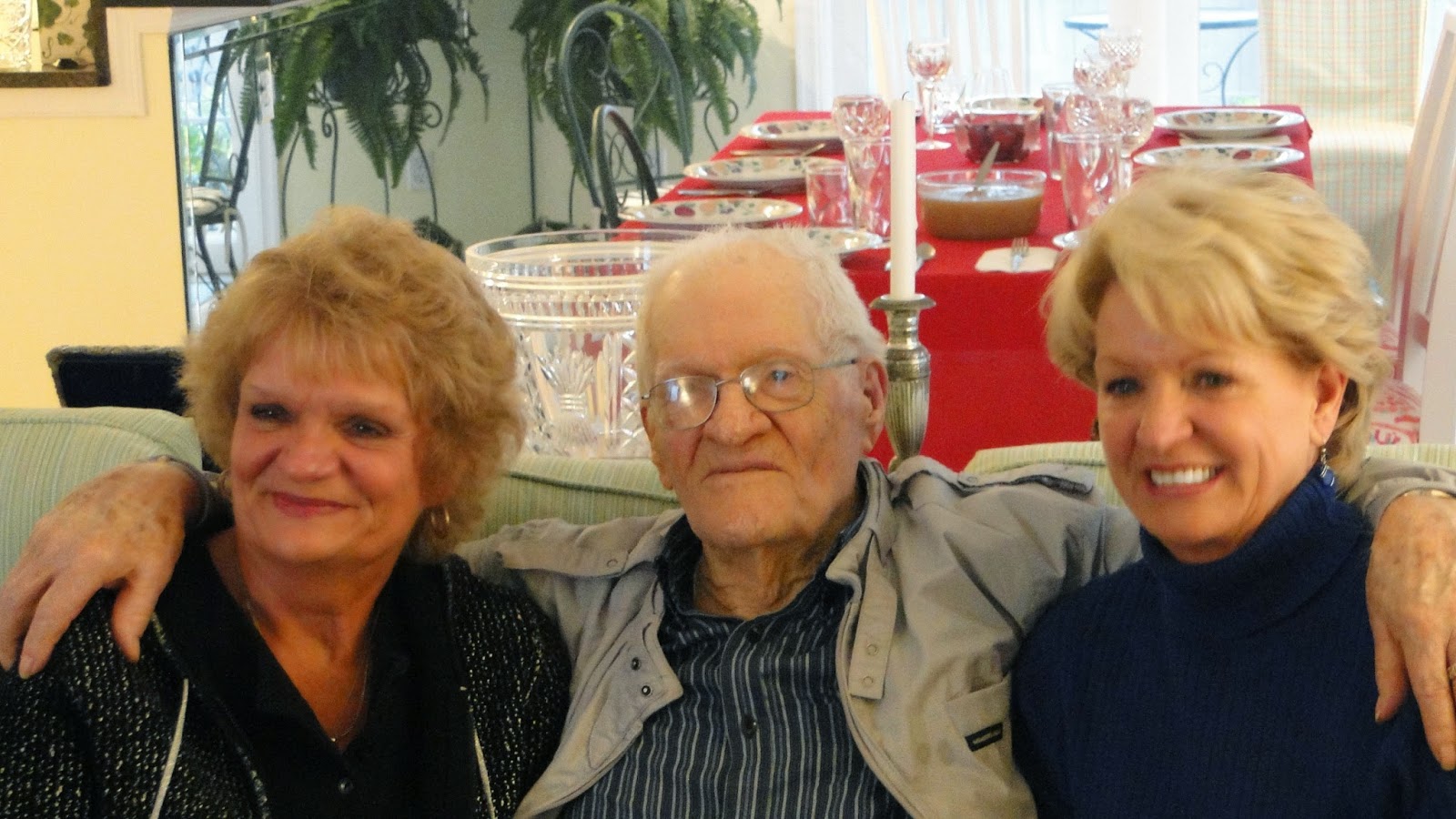 Leighton with his daughters Judy and Bonnie. 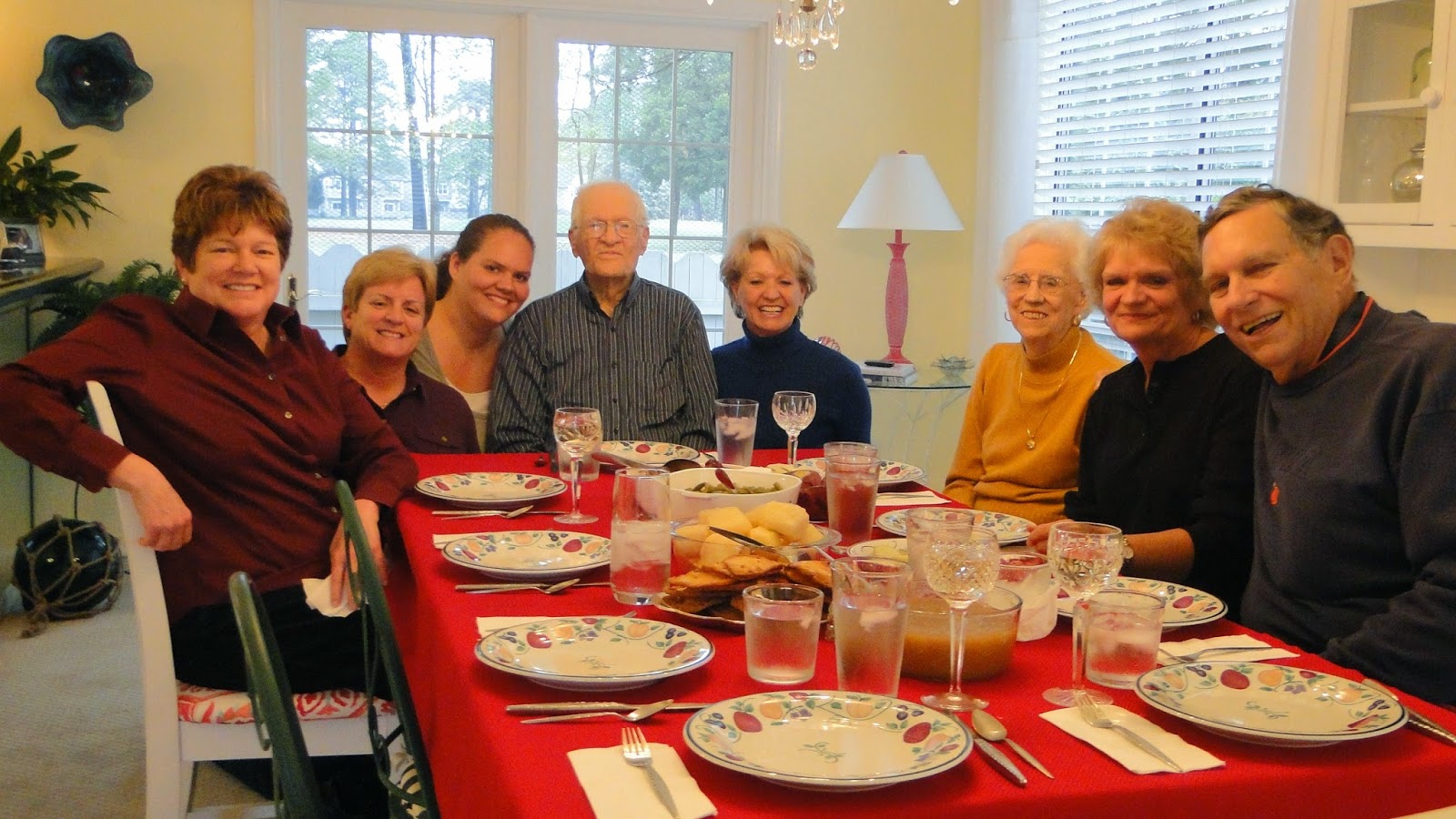 Family and friends around the table to celebrate his 93rd. 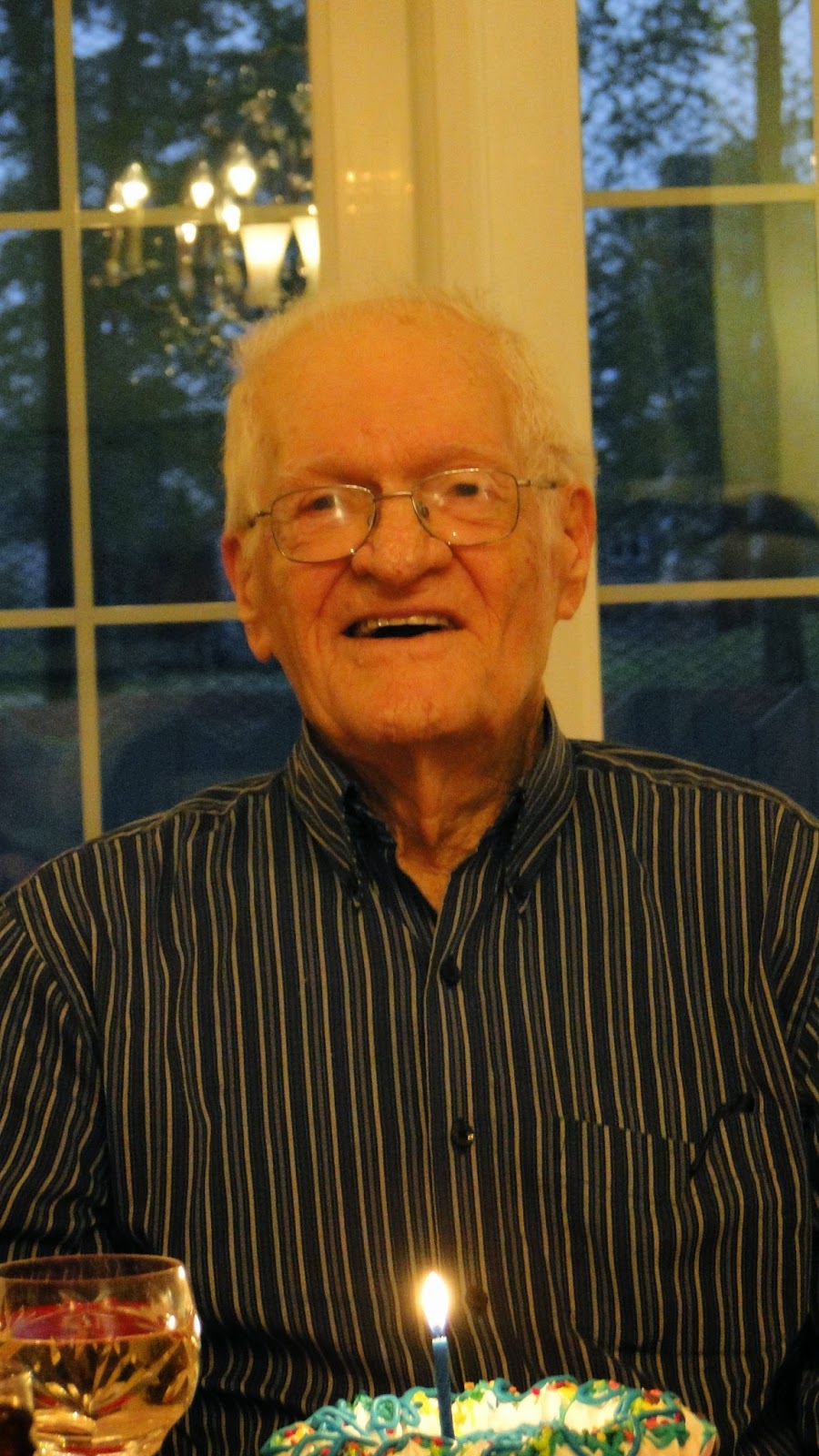 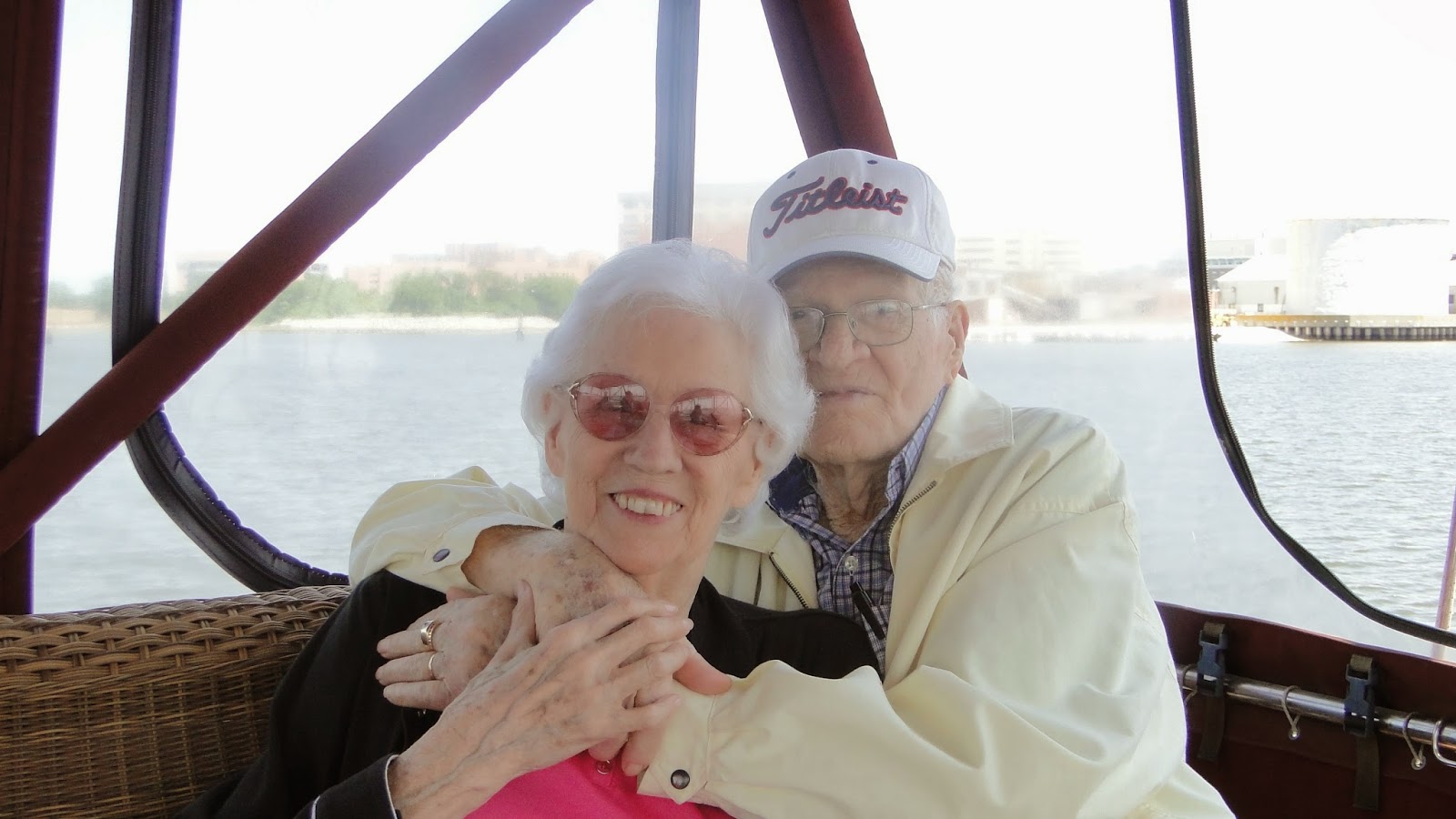 Just three weeks later Leighton went home to his Lord God in Heaven, June 27, 2013.  What a terrific man.  Lived a full life and I enjoyed every bit of the time I was with him.  He was a great help on SONATA, a former Navy man, WWII, and could fix anything.  Gave me much needed advice along the way.  I miss him!
Posted by sonata at 11:53 AM No comments: 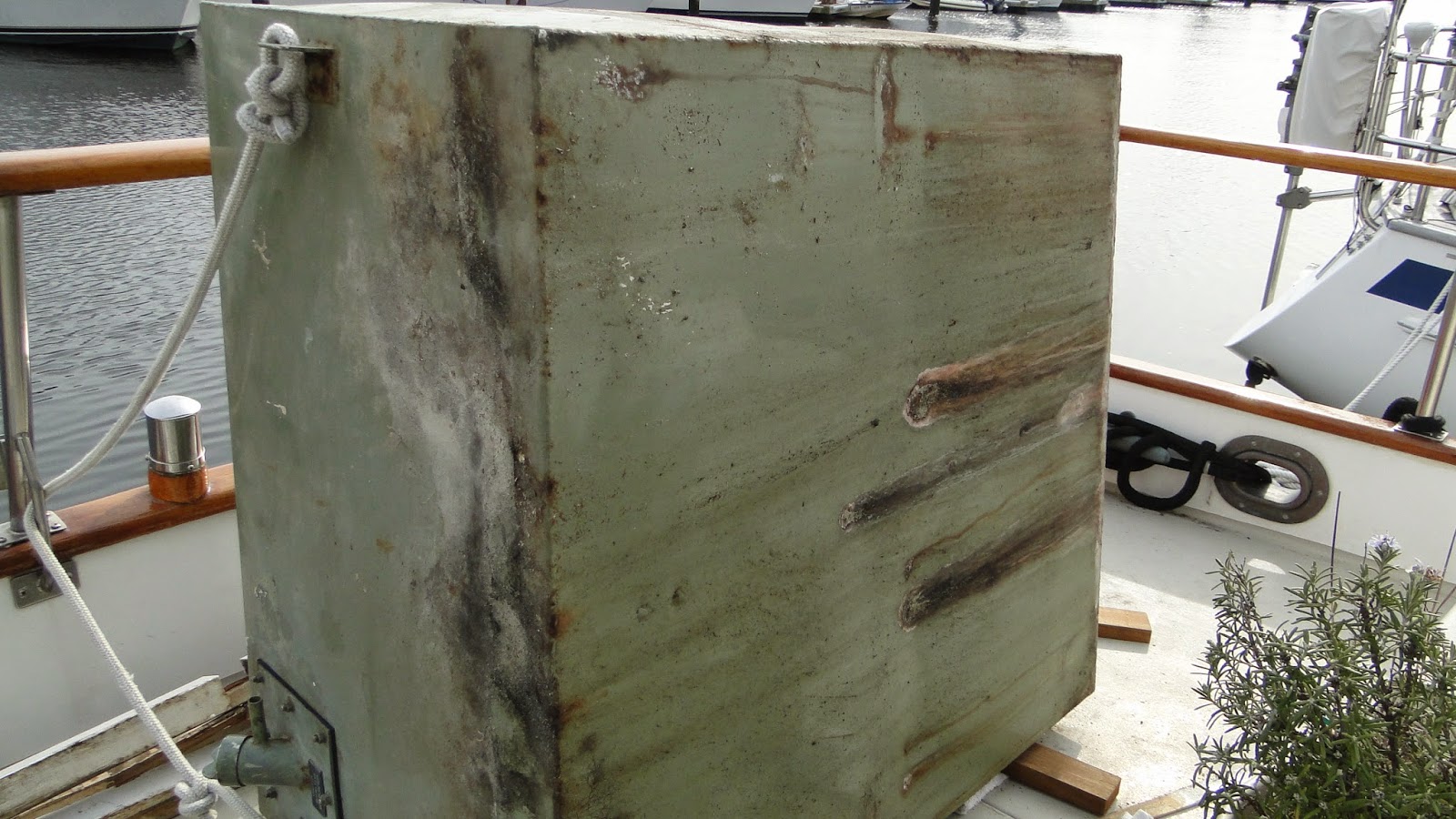 SONATA's water tanks have been in place since the vessel was first constructed in 1984.  Yes, they are stainless steel . . . but that does no mean they will not rust.  Pin holes had developed in a couple of tanks so renewal was the new project.  On the recommendation of Mike Ewing (SOUTHERN COMFORT) Drake Welding and Fabrication was selected as the business to make the new tanks.  Atlantic Yacht gave me an off-the-cuff estimate of their repair costs, take out, build, replace, at the bargain price of $35,000.  Decided it could be done for less. 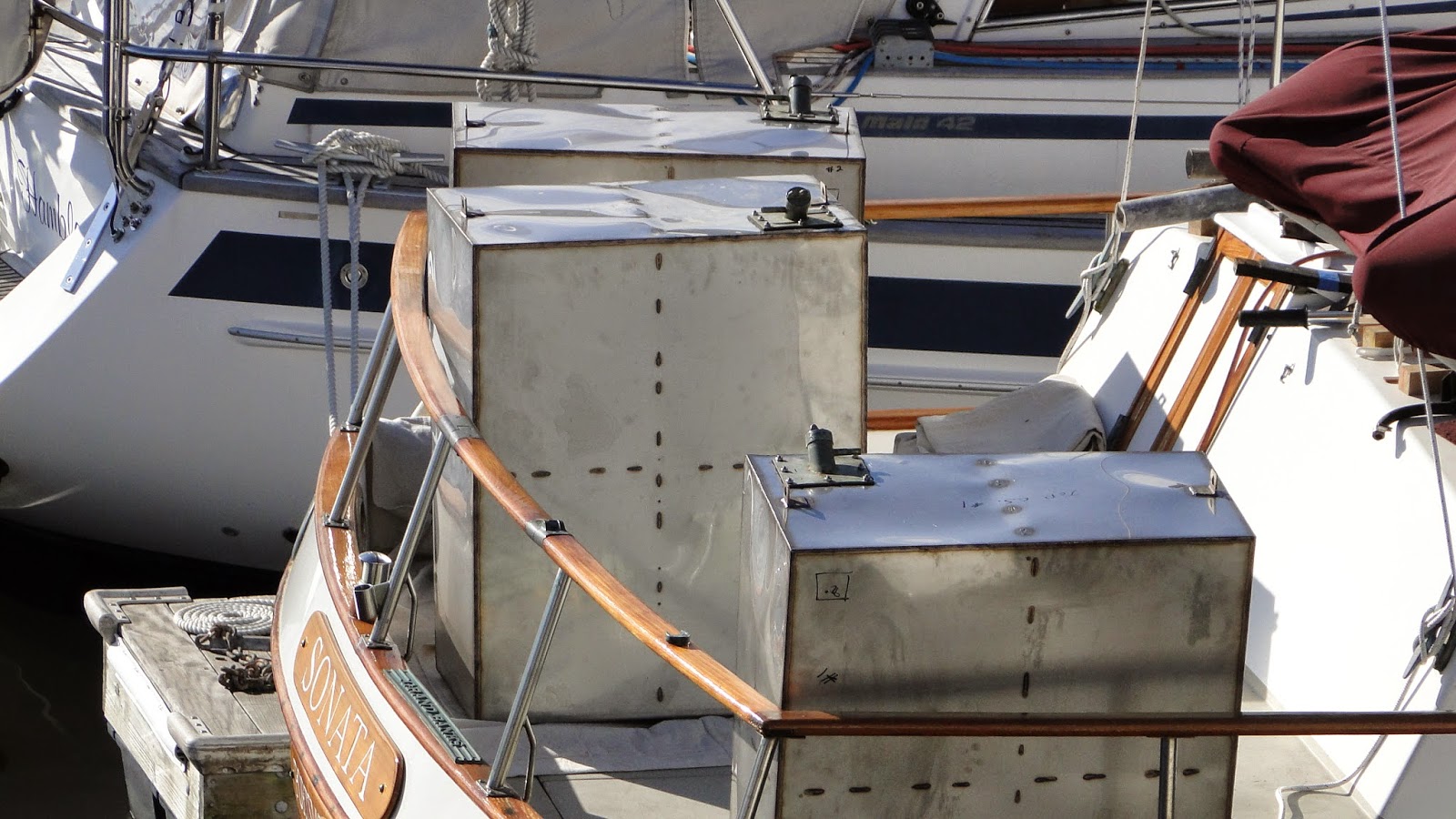 Old tanks were removed and picked up by DRAKE.  While the tanks were out the space was cleaned and painted.  The wooden frames that supported the three tanks (2@85gal, 1@95gal) were removed and replaced with white oak framing as recommended by Harvey Orr.  Tanks were completed and returned to SONATA. 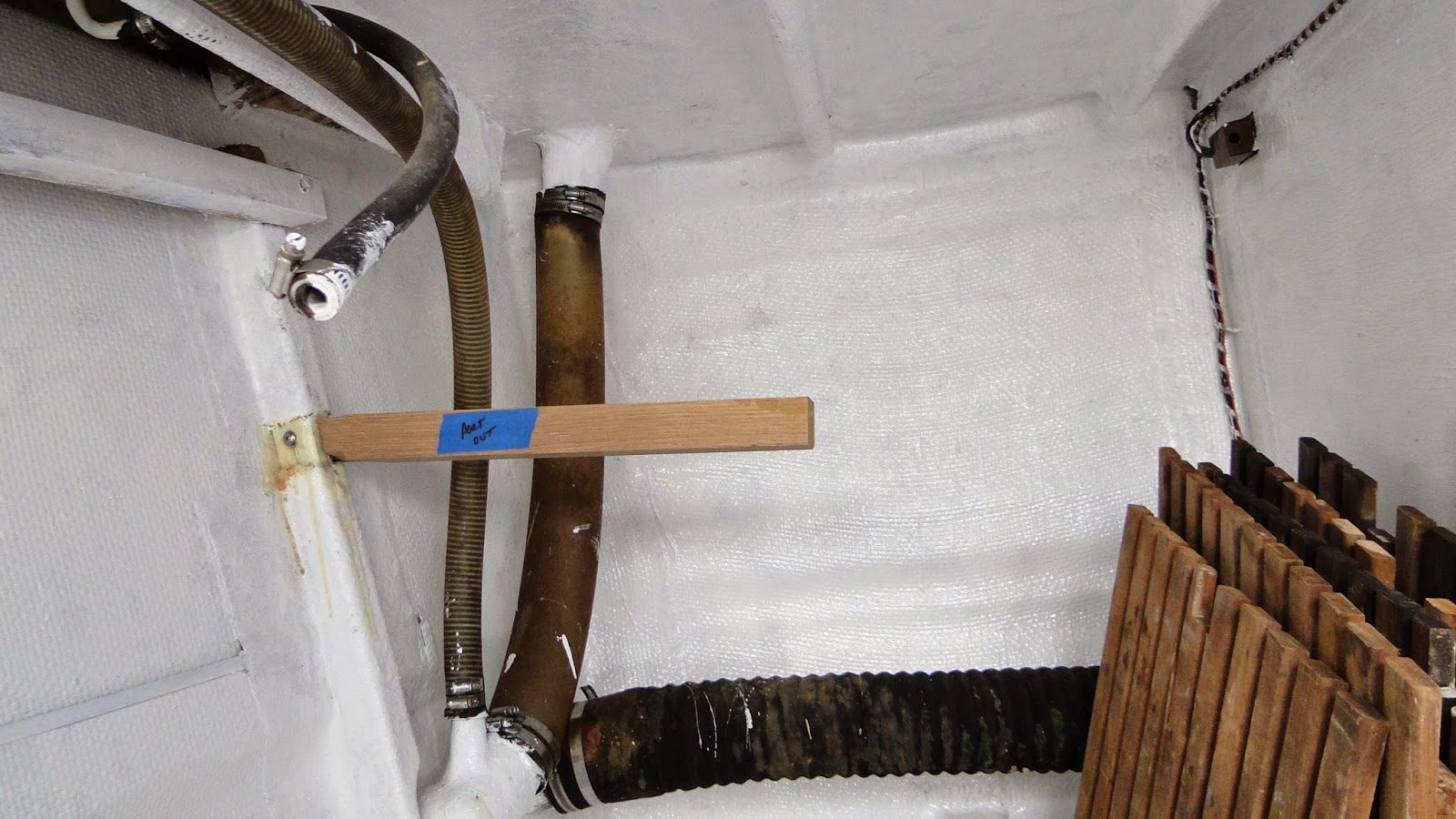 Rehabilitation of the space was completed and the new tanks were placed inside with new framing and plumbing. 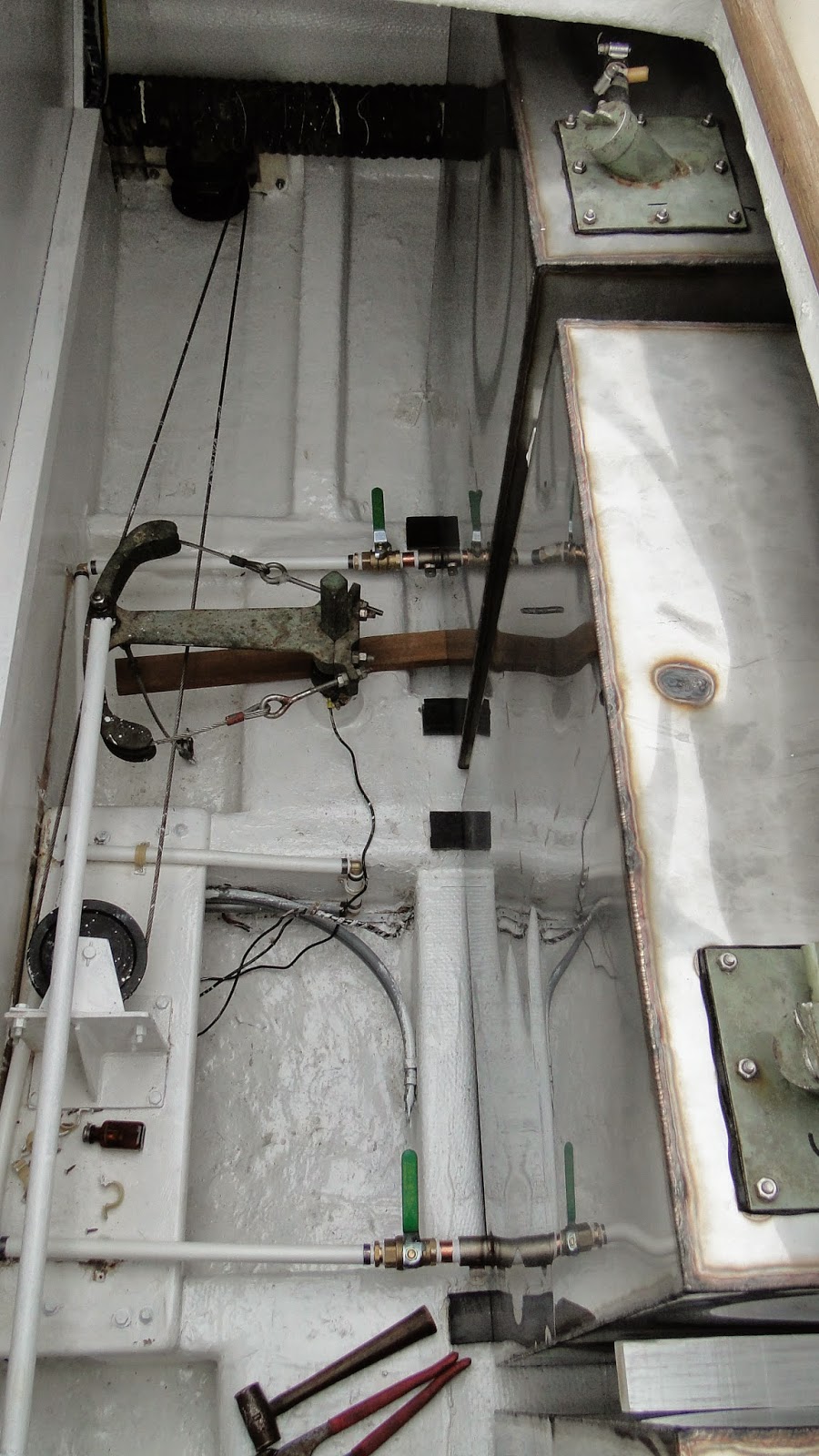 Tanks installed, re-plumbed, and ready for service.  An outstanding cost savings!!
Posted by sonata at 11:29 AM No comments: 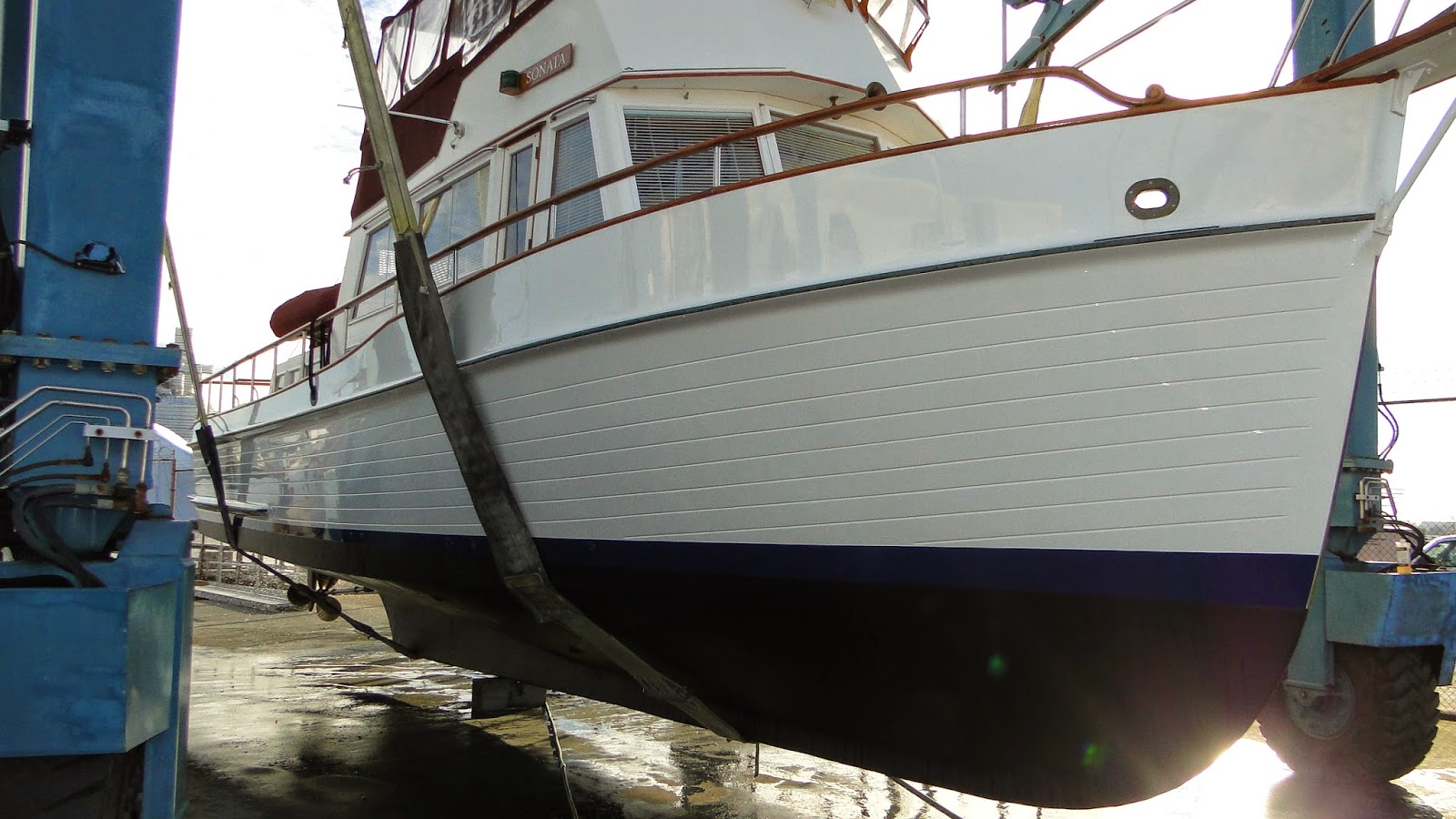 January 2, 2013, SONATA was again hauled out at Ocean Marine Yacht Center.  Work contemplated was bottom cleaning and painting, true the propellers (each were found with small curls at one blade tip), and close up "black-water" connection on starboard side. 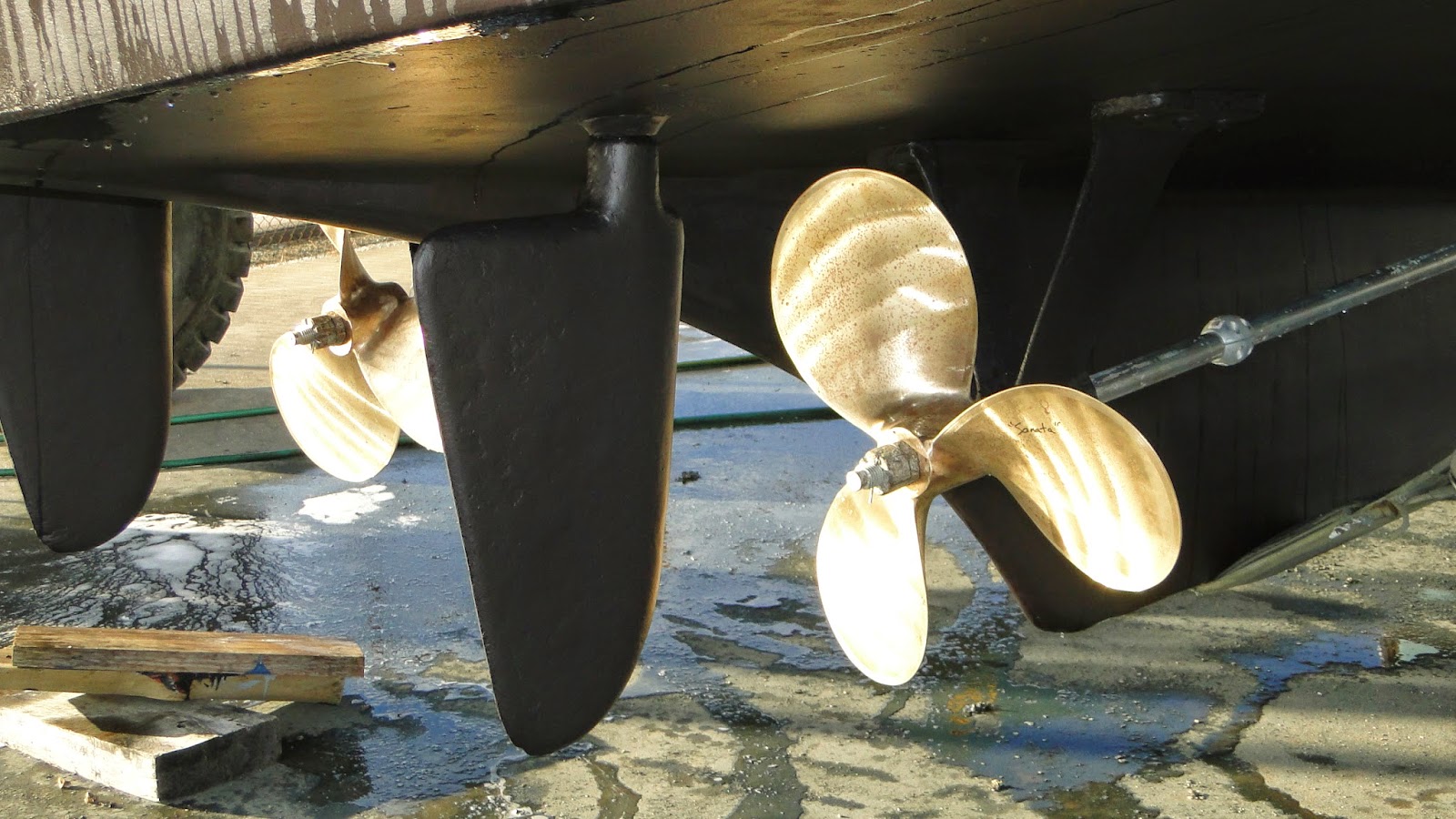 Work was completed in fine order on January 10 and SONATA, Charlie at the wheel assisted by Leighton,  returned to her berth, B5, in the marina. 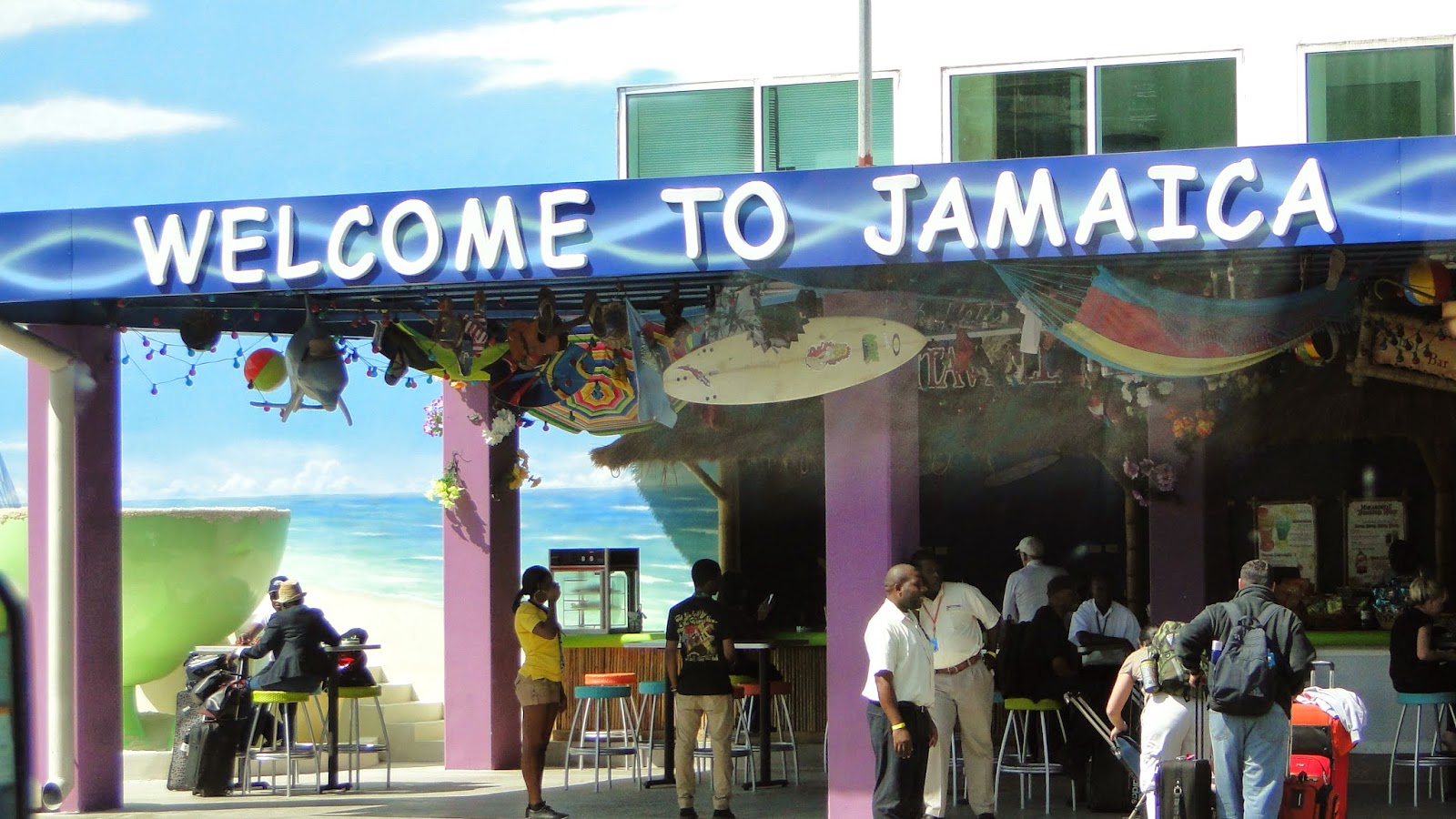 We then left town for Jamaica with Bonnie's tennis group . . . some shown on the bus below from the airport to the resort. 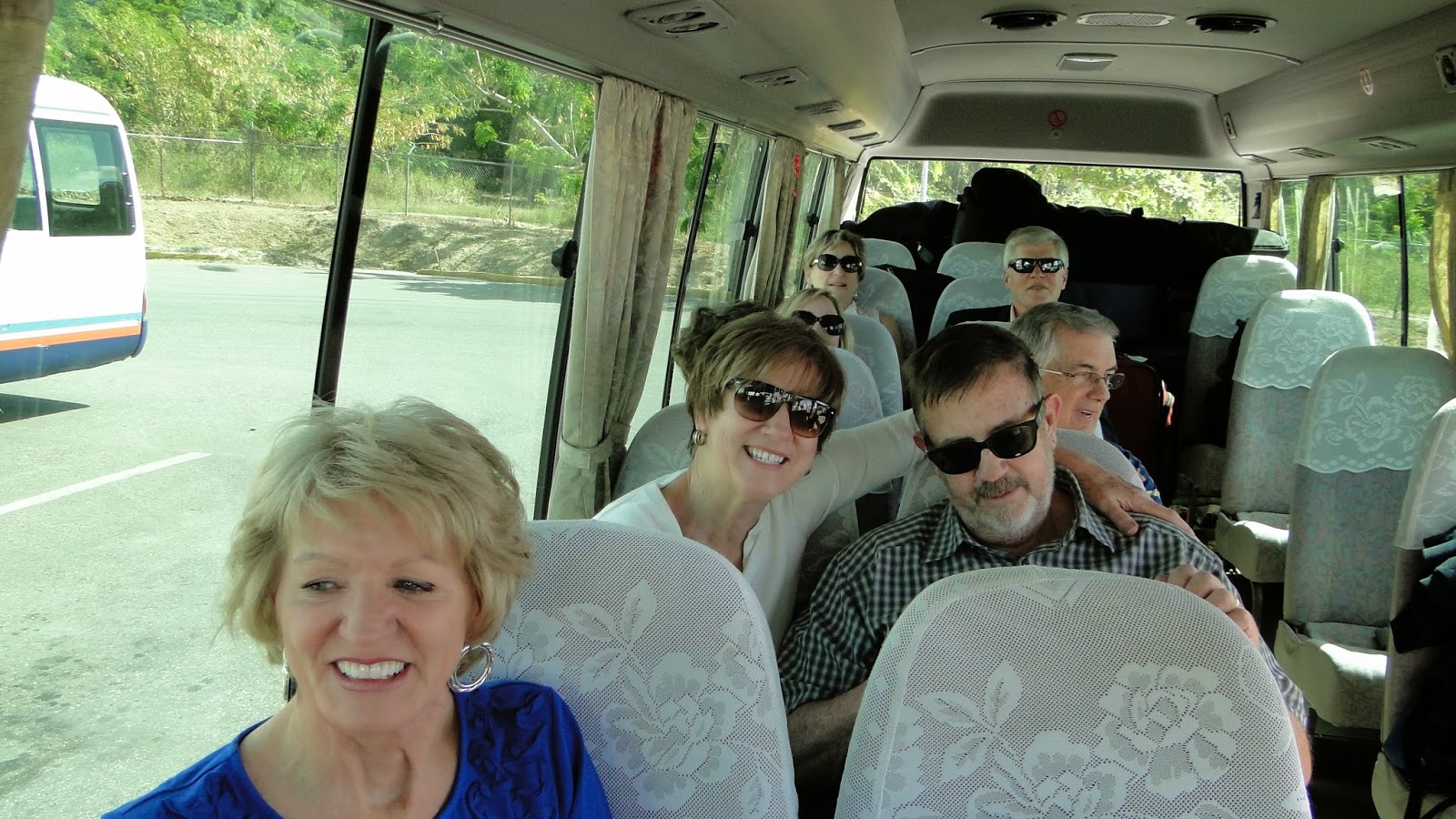 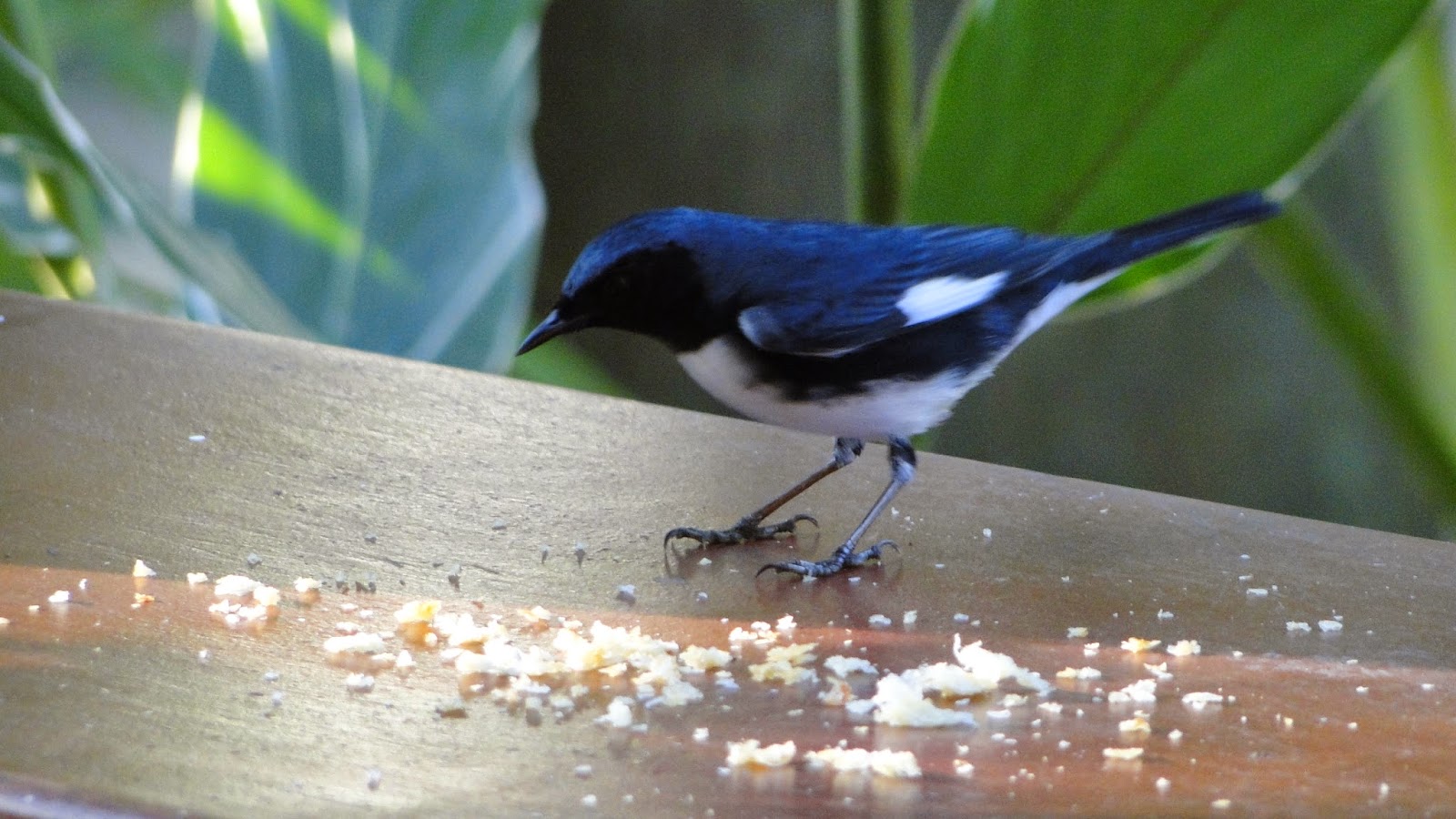 We had a "cabin" in the woods and a daily visitor that wanted to visit.  A great location and a beautiful time was enjoyed by everyone.
Posted by sonata at 10:58 AM No comments: 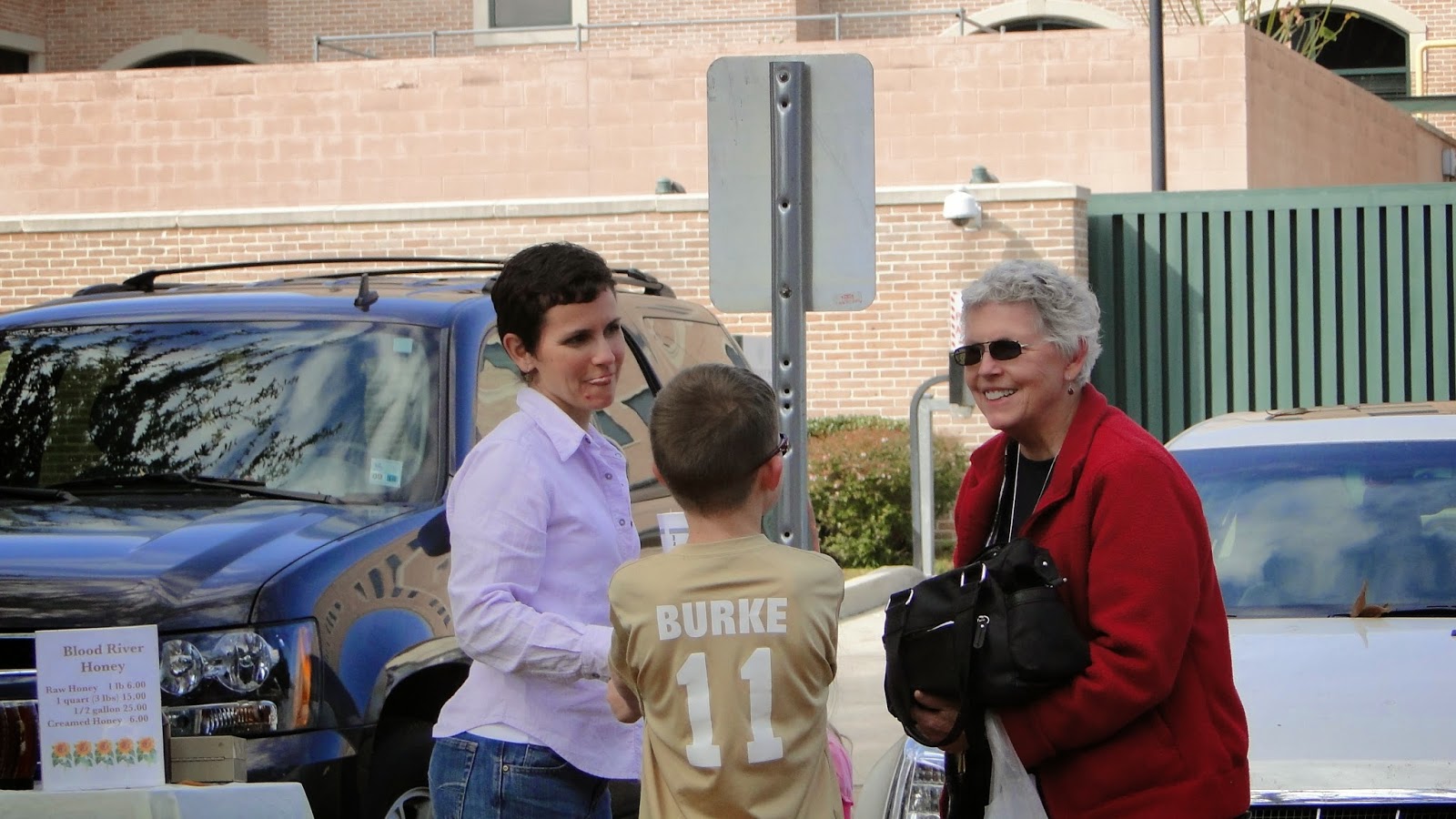 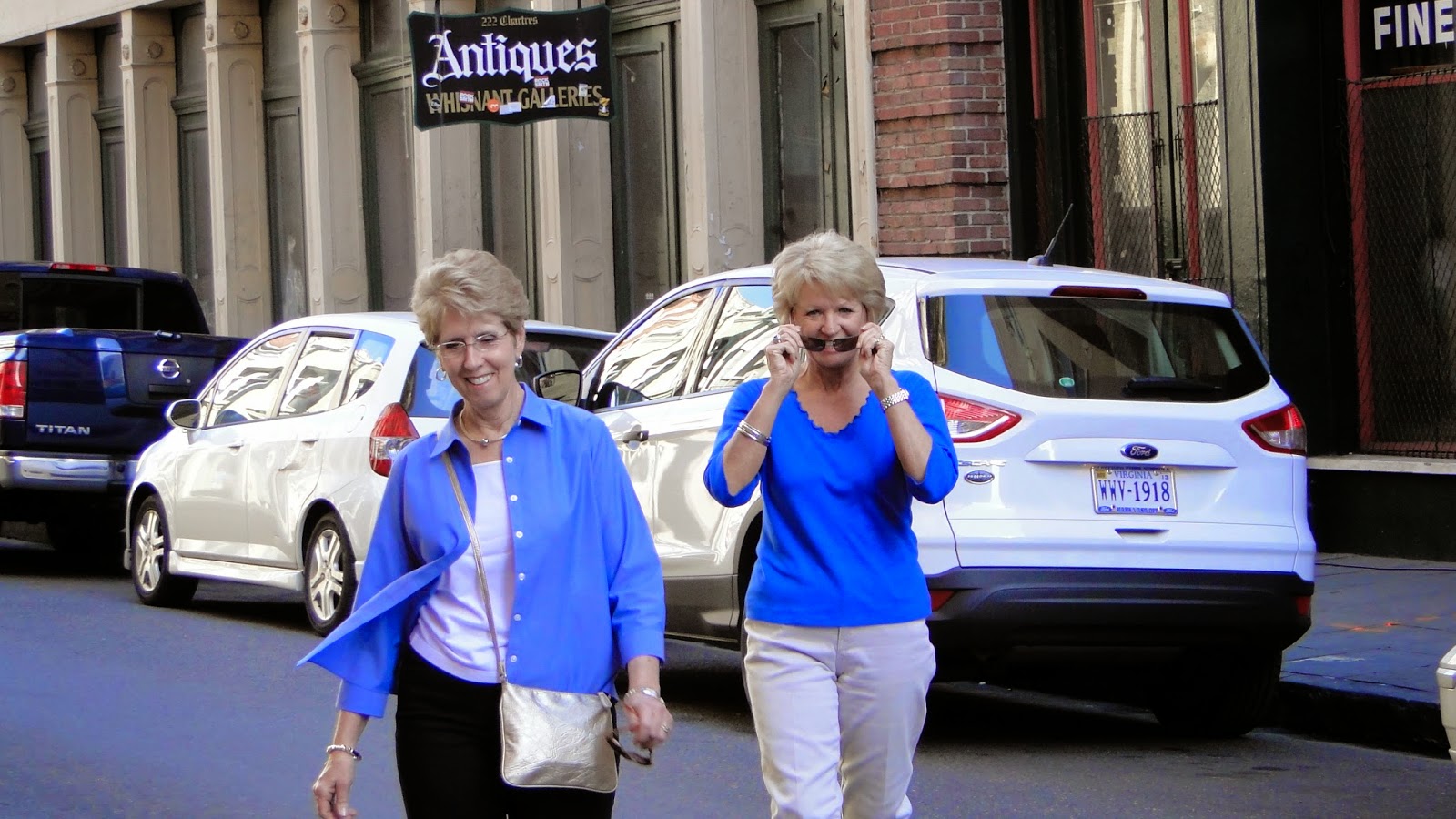 Anne joined Bonnie and Charlie in New Orleans for a week long visit and home tour. 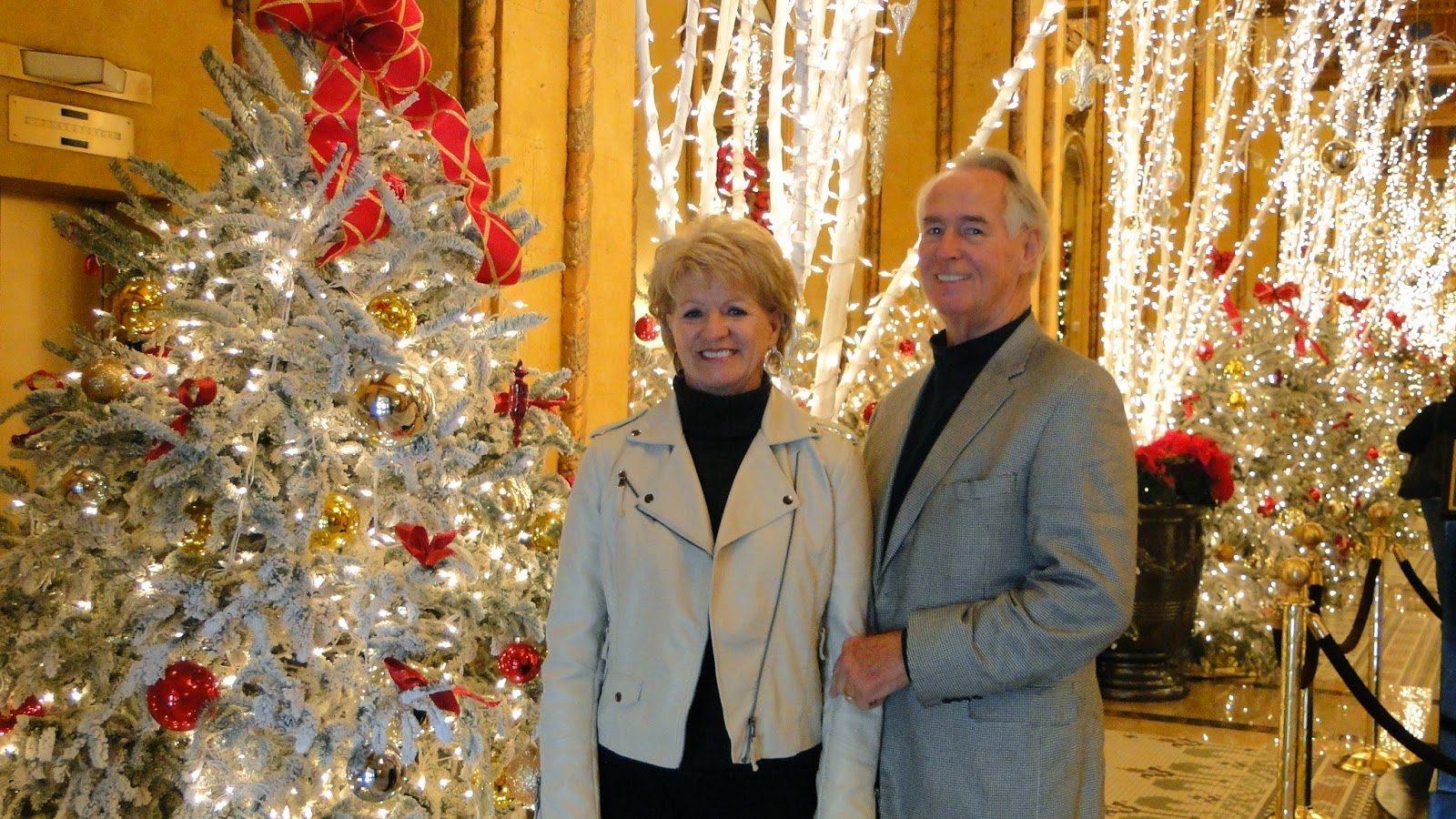 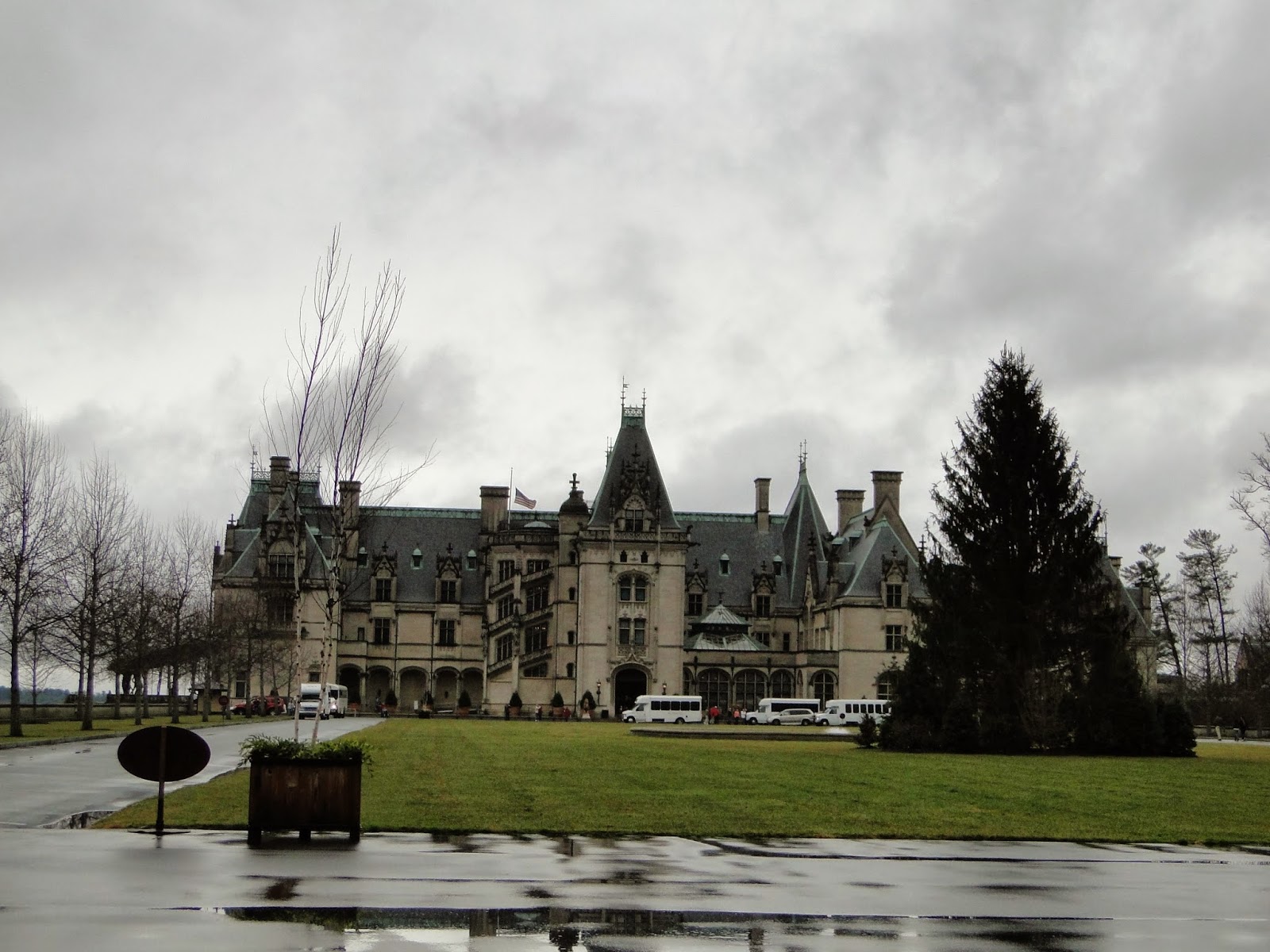 On the way home from New Orleans we stopped by the Biltmore in Ashville . . . lovely visit. 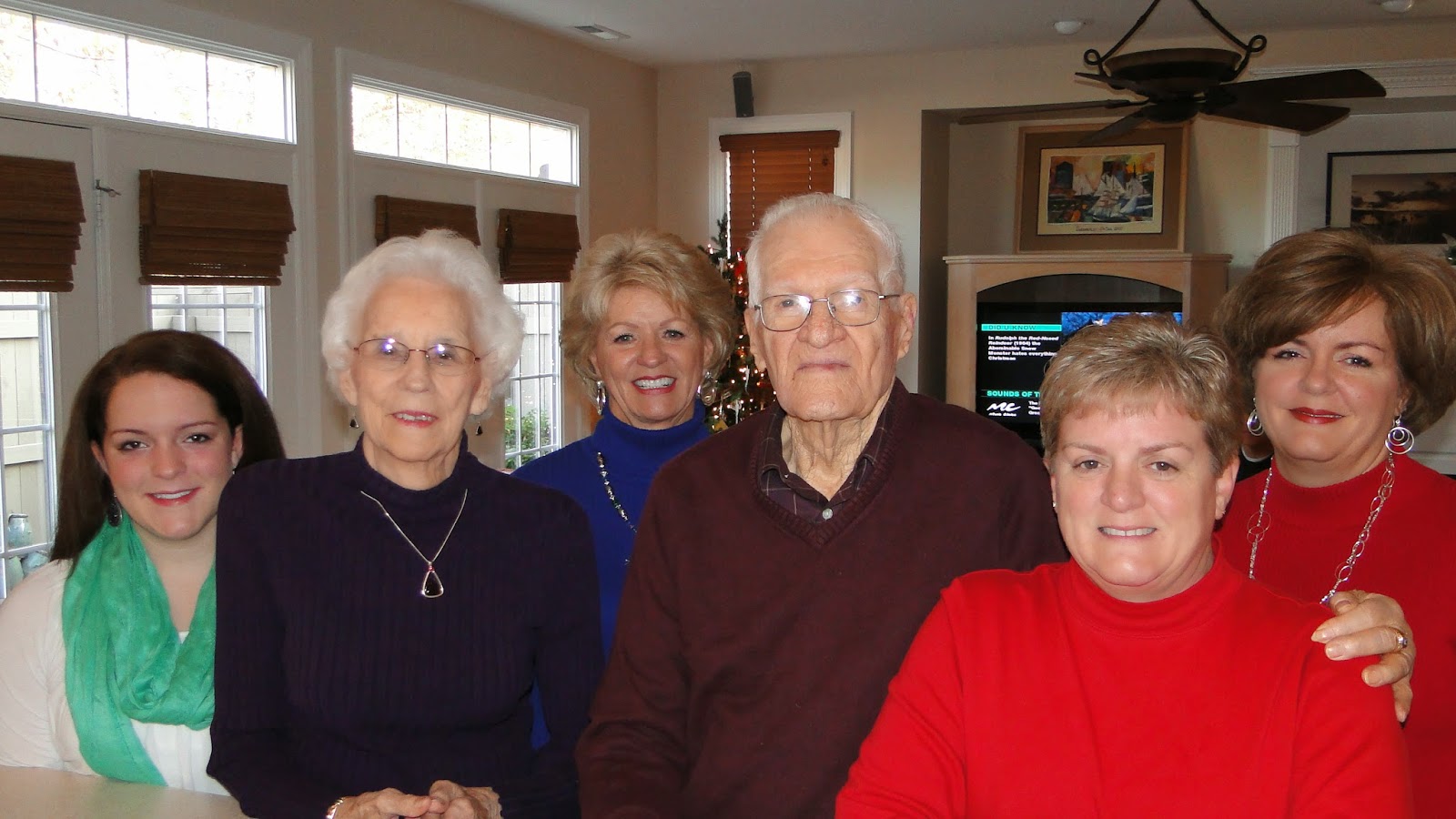 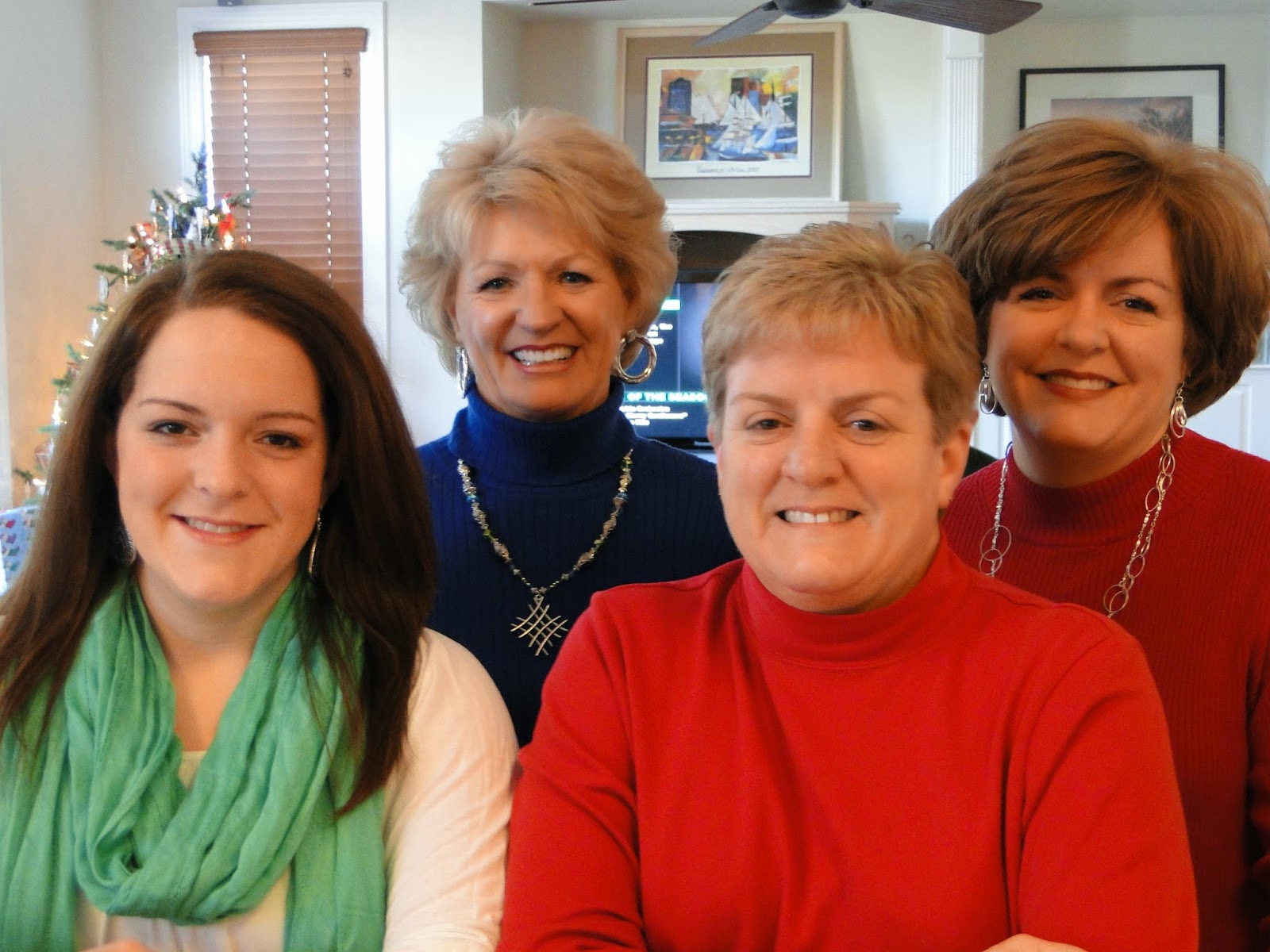 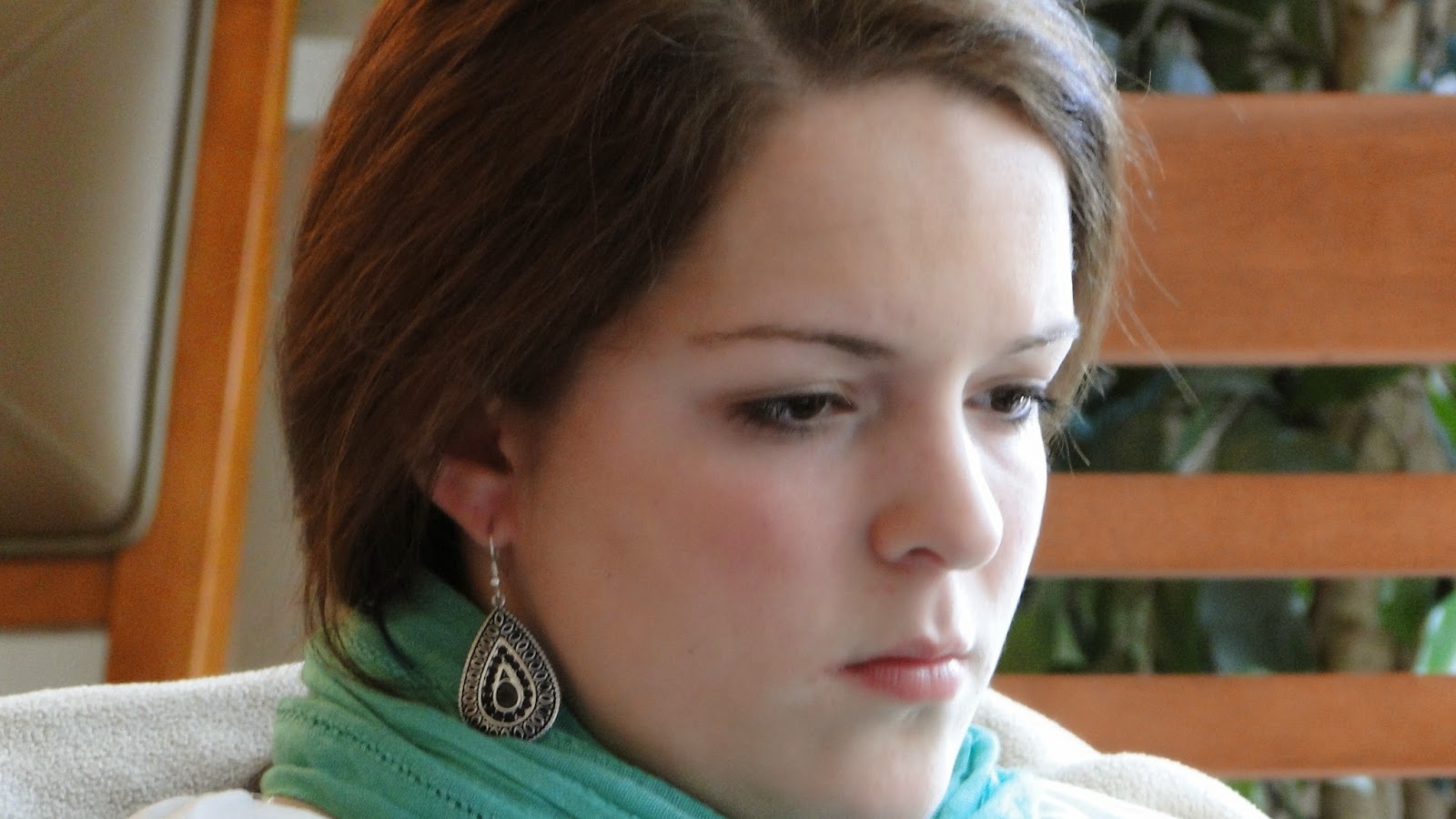 Christmas at Rhonda's home.  Bonnie's family all together.  A great time was enjoyed by all.
Posted by sonata at 10:25 AM No comments:


August 6-8, 2012 - Departed for Suffolk, the Constance Wharf and moored near the Garden Hilton in downtown Suffolk.


August 26, 2012 - Off to Cape Charles Harbor Marina, then up to Onancock.  Dinner with Sue and Pete Pawlus.  Dick and Betty came aboard and we were off to Somers Cove Marina, Chrisfield, Md.


September 3, 2012 - Then off to Annapolis for three days with a stop at Patuxent River NAS.  In a rain storm we drove Dick and Betty back to Onancock so they could pick up their car and return to Norfolk.


September 7, 2012 - To Rock Hall, Maryland.  Charlie hurt his leg in leaning over the rail to place a bike on the pier ... the rail was open and he fell onto the "Grand Banks" name plate.  Due to anticipated heavy weather, SONATA was underway on the 8th for an anchorage further south.


October 3, 2012 - Scott and Dad out for an overnight, Eastern Branch of Elizabeth River, dingy to Thomas Murray House and area.


October 5, 2012 - Charlie and GrandPa to Portsmouth City Park for overnight.

Posted by sonata at 4:57 PM No comments: